Create an Account - Increase your productivity, customize your experience, and engage in information you care about.

Originally the primary turnpike entrance to Boone from the south, when it was known as the Boone and Blowing Rock Turnpike in the late nineteenth and early twentieth centuries, Appalachian Street gradually lost its significance as a transportation route during the twentieth century. Known briefly as Gragg Street in the late 1920s, Locust Street in the 1930s, and Appalachian Street by the early 1940s, this street was repeatedly realigned and eventually fractured by the development of Appalachian State Teachers College (later University). By the end of the twentieth century, campus development had all but obliterated the original road route, save for a short section of University Drive and the one-block section between West King Street and Howard Street known today as Appalachian Street. 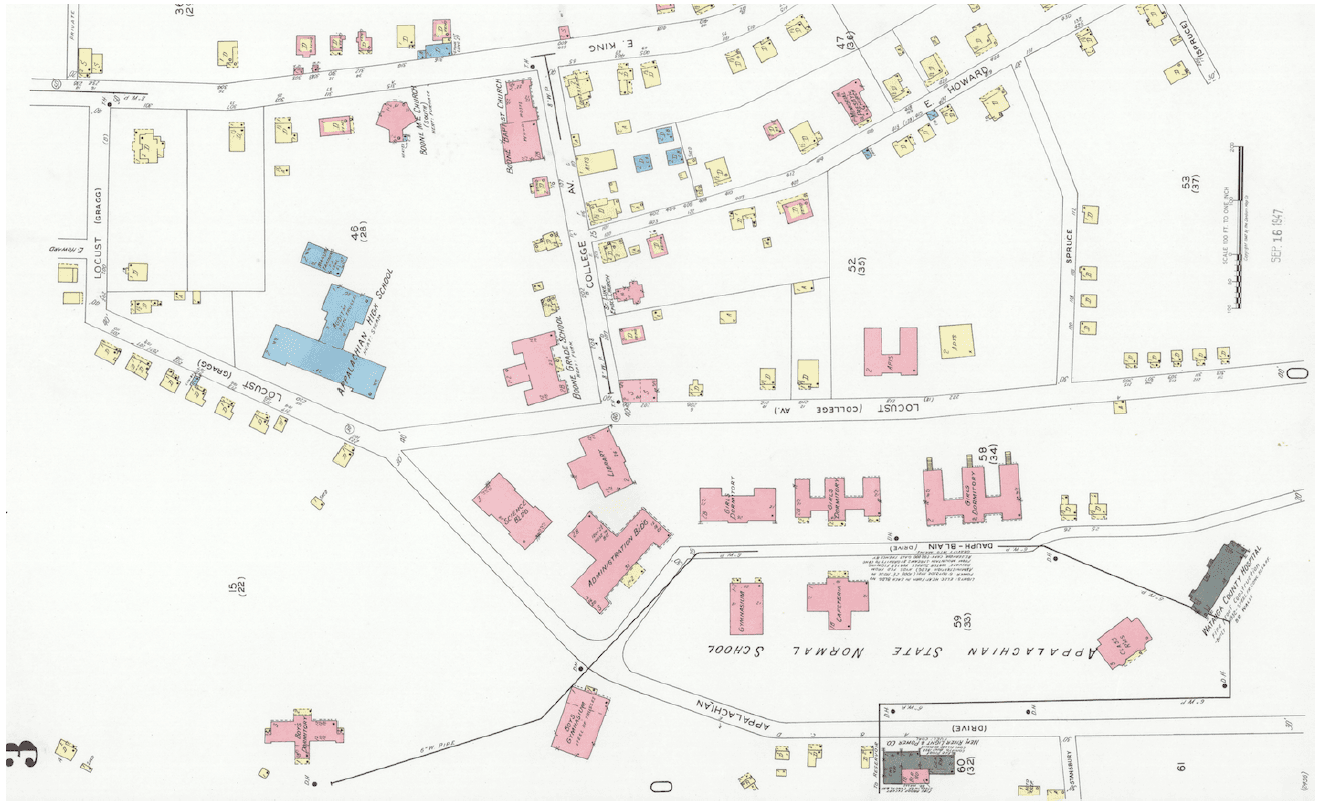 Junaluska Road had its origins on the south side of Rich Mountain and Howard’s Knob as a series of cart paths that had been used since at least the middle of the nineteenth century. In 1905, though, Romulus Zachariah Linney chartered the Junaluska Turnpike Company in order to create a direct route of travel between Boone and his home near Silverstone. An early form of the turnpike went straight up the hillside along the old cart paths, but damage from flooding events prompted H. W. Horton to rework the Junaluska Road path in 1926 to something resembling its present configuration below its intersection with Eastview Drive. Development of the Howard’s Knob area in 1963 by Jack Norris created the present path between Eastview Drive and the crest of the Howard’s Knob saddle. The portion from there to Silverstone largely follows Linney’s original turnpike route. 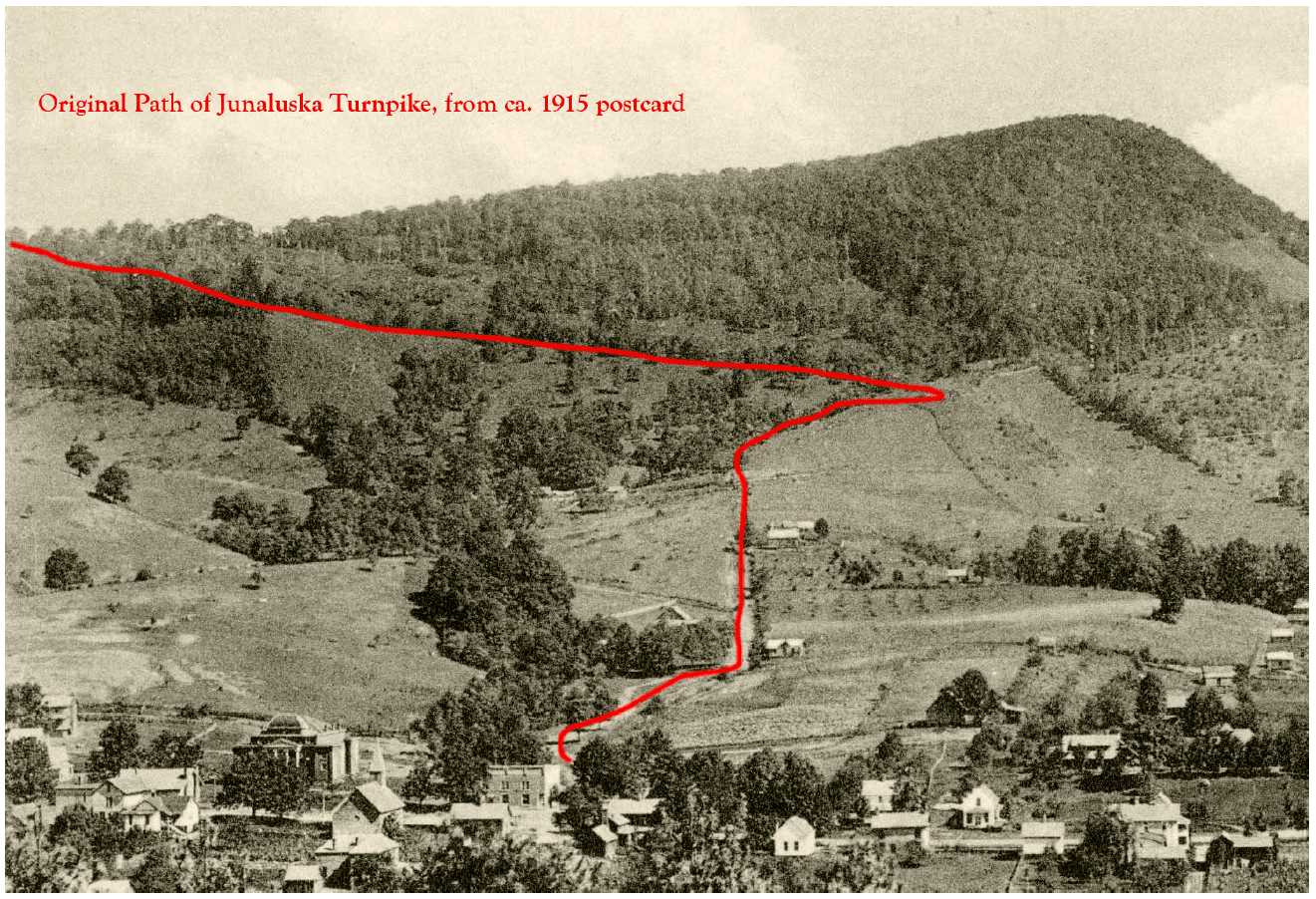 Likely named for Benjamin Howard, who tradition holds once herded cattle in the Boone Creek valley, Howard Street was a latecomer to downtown Boone’s landscape. The eastern portion of the street, located between College Street and Blowing Rock Road, was first established in 1913 through the annexation of E. S. Coffey’s “Appalachia” subdivision. The western portion of Howard, from Burrell Street to Appalachian Street, was partially established in 1924 to provide a “second main business street” for downtown Boone following the construction of numerous railroads along the Linville River Railway tracks then located just to the south. The western portion of Howard Street was completed as a throughway in 1934. 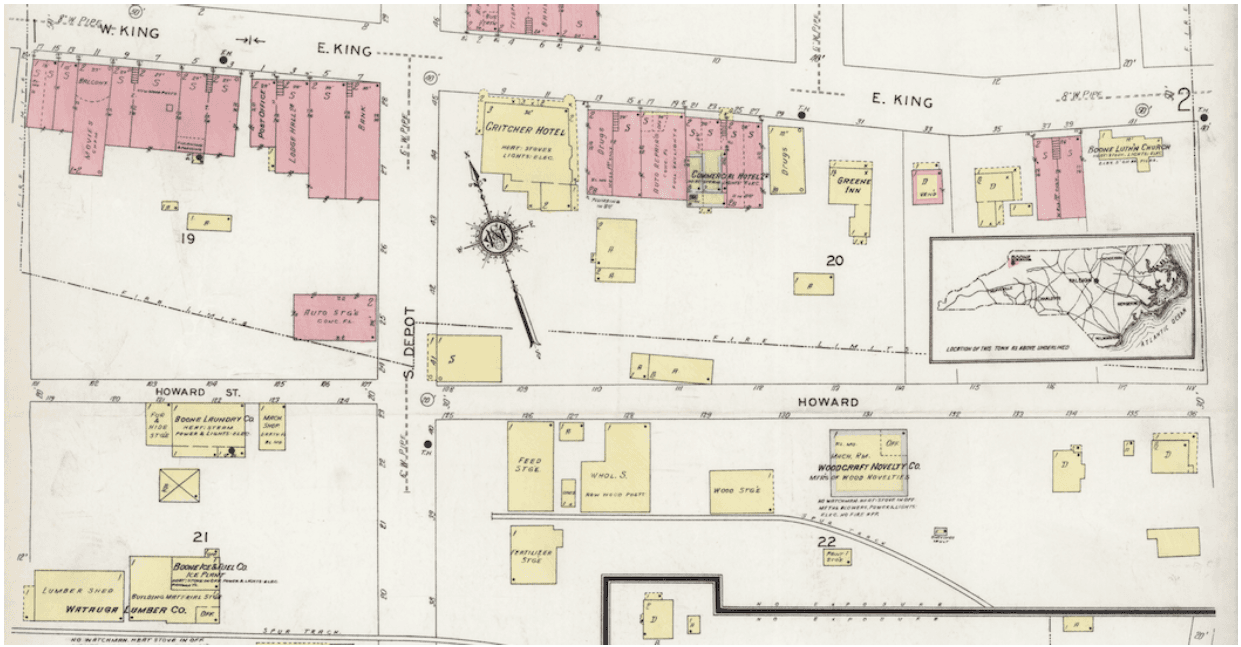 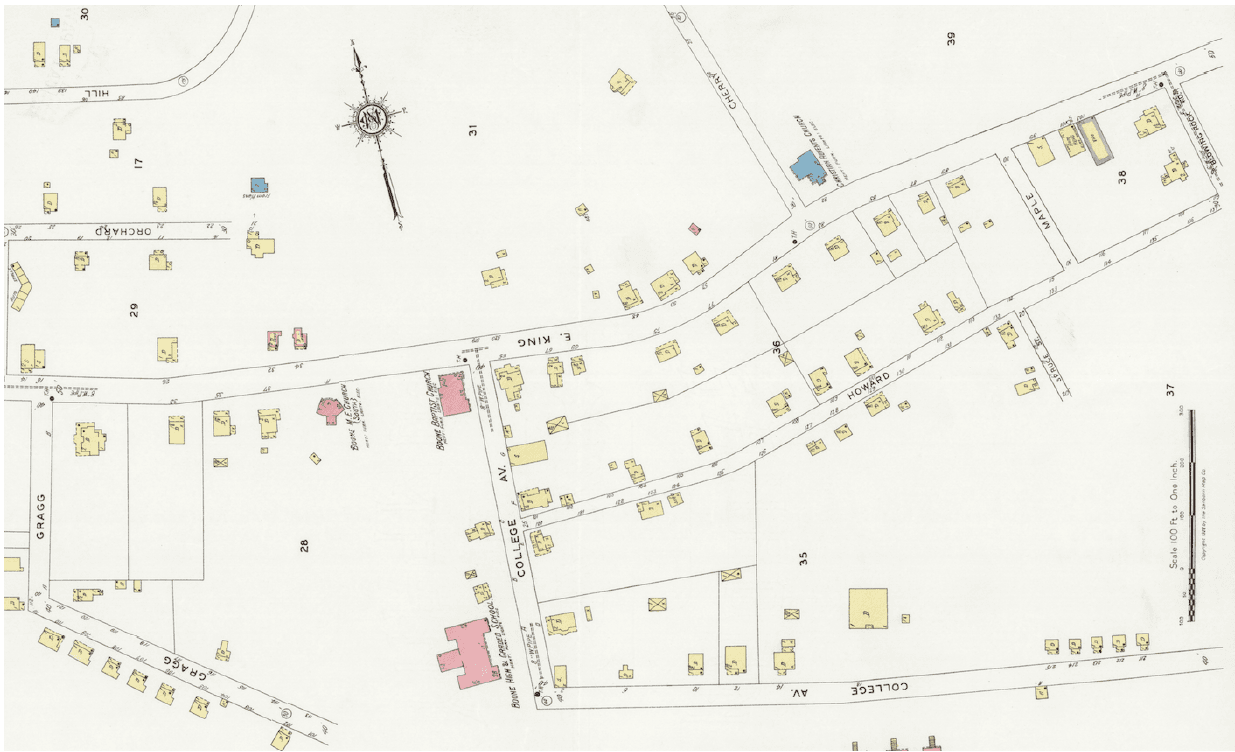